For this year’s list, we’ve kept our overall ranking, but organized everything by category. 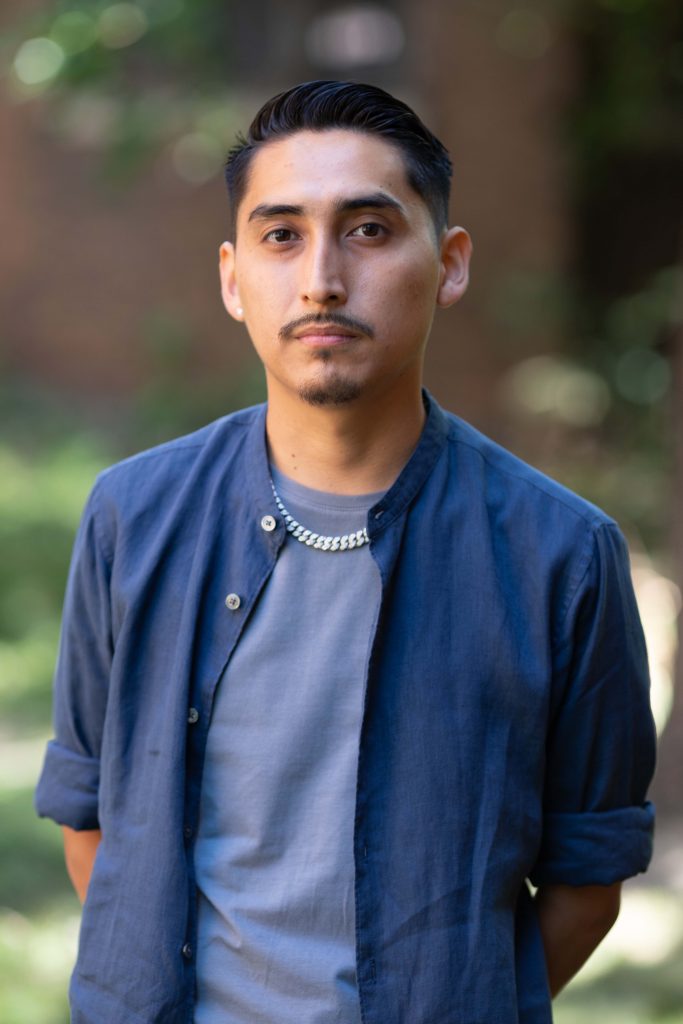 Conceived as a project space and residential library focused on the contemporary art and cultural discourse of Native Americans, Mexico, the Caribbean, and Central and South America, Chuquimarca is transforming during the pandemic in response to the needs of its participants. In Spring 2020, Chuquimarca founder John Guevara launched Tanda, a six-person program that supports individuals in their research and practice through self-directed and collective learning. In 2022 he launched Muña, an art writing program. Looking ahead, Guevara will experiment with fundraising models to build the library and maintain its forward-thinking programming.

Following the publication of her 2019 book, Art for People’s Sake: Artists and Community in Black Chicago, 1965–1975, historian Rebecca Zorach has continued her work in support of the South Side Community Art Center. Zorach sits on the board and serves as chair of the Archives and Collections Committee, where she has helped secure grants for the preservation of artworks in the collection and processed the papers of Margaret Burroughs in the centre’s archives and staged exhibitions such as the For example, the pivotal “EMERGENCE: Intersections at the Center.” Zorach is working on an exhibition planned for the Terra Foundation’s 2024 Art Design Chicago Initiative, which will focus on the history of material reuse in Black art in Chicago, and is posing finished a manuscript for a book on American ecologies of art, race and space. 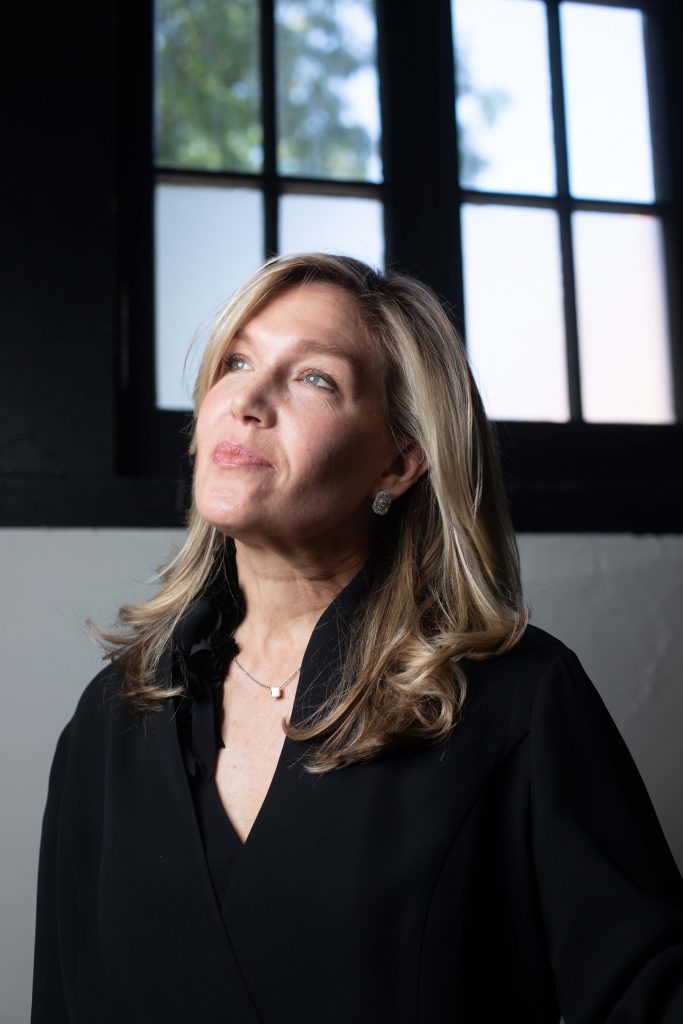 Heather Becker took over the Conservation Center in 2003; Today it is the largest privately owned conservation facility in North America. In addition to working with paintings and works on paper, the company helps preserve everything from textiles and antique furniture to rare books and sculptures. Becker points to the longevity of its employees — more than half have been with the company for more than fifteen years — as a testament to the center’s trust and resilience. “It is deeply inspiring to see the talented work of our restorers bringing precious objects back to life,” she says.

With offices in Chicago and Denver, Terry Dowd Inc. has been the city’s premier art transportation company for nearly 45 years. The company adeptly navigated the pandemic, keeping all employees on payroll through successive CDC policy changes. During this time, the artwork was reinstalled at Midway Airport after recent construction was completed. Dowd looks forward to building a new facility for the company with expanded capacity for warehousing, crating and other services. 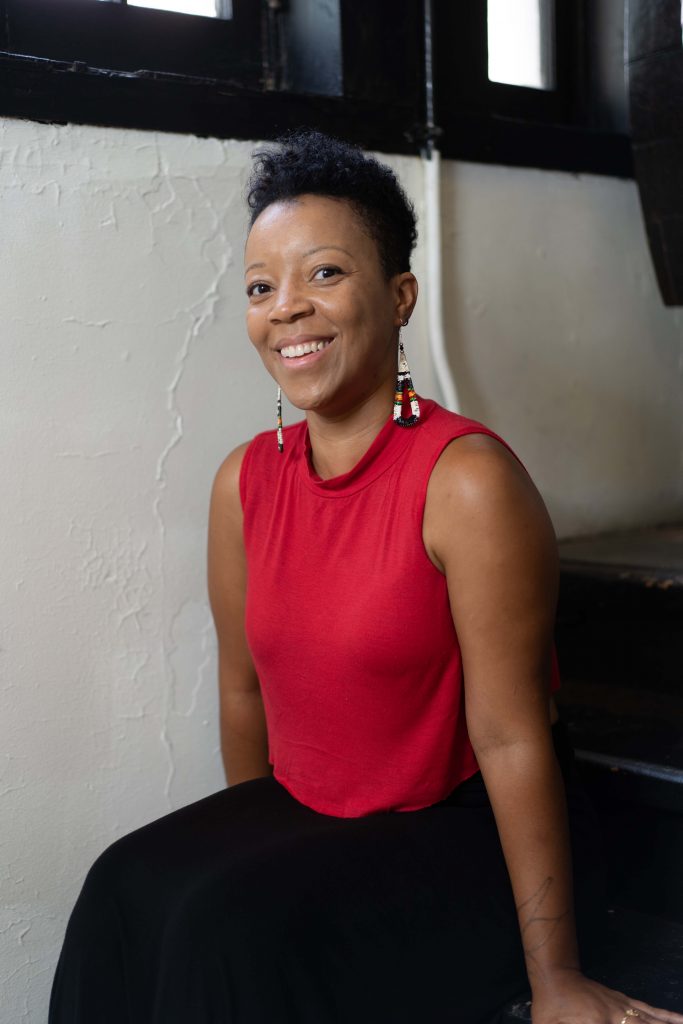 Tempestt Hazel is a contemporary Renaissance woman. She is a curator, writer, artist advocate, and co-founder of Sixty Inches From Center, an online journal that documents and promotes the arts, archives, and texts of diasporic, queer, Indigenous, and disabled communities in Chicago and the Midwest. Through her work at Sixty, Field Foundation, and other cultural organizations and initiatives in the Midwest, Hazel supports artists, organizers, and creators, and helps explore solidarity economies, collaborative models, and value-based practices. 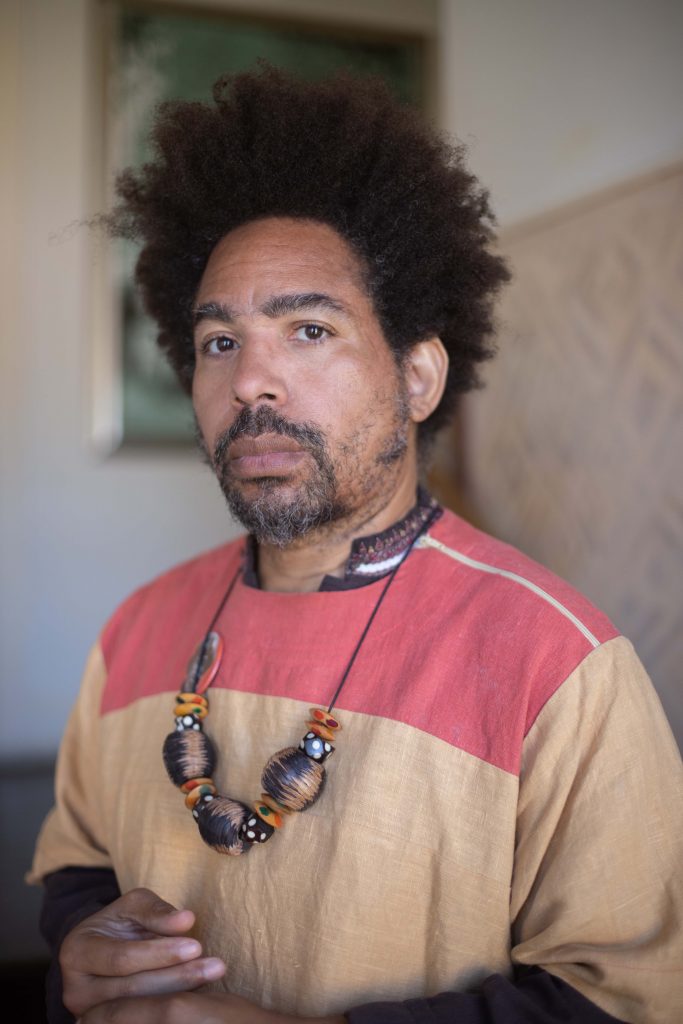 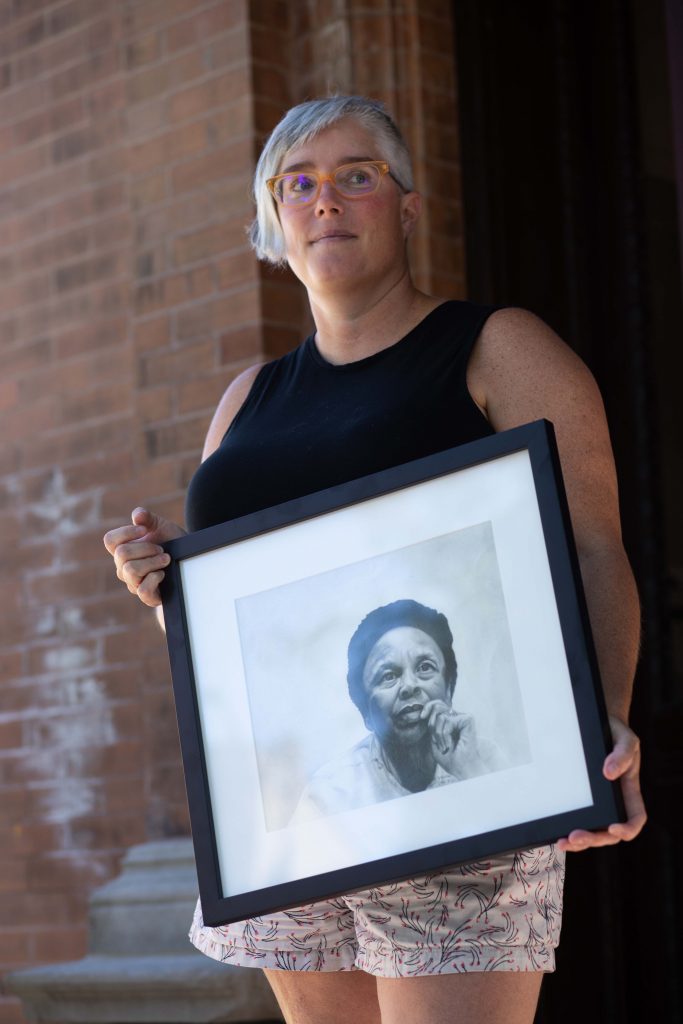 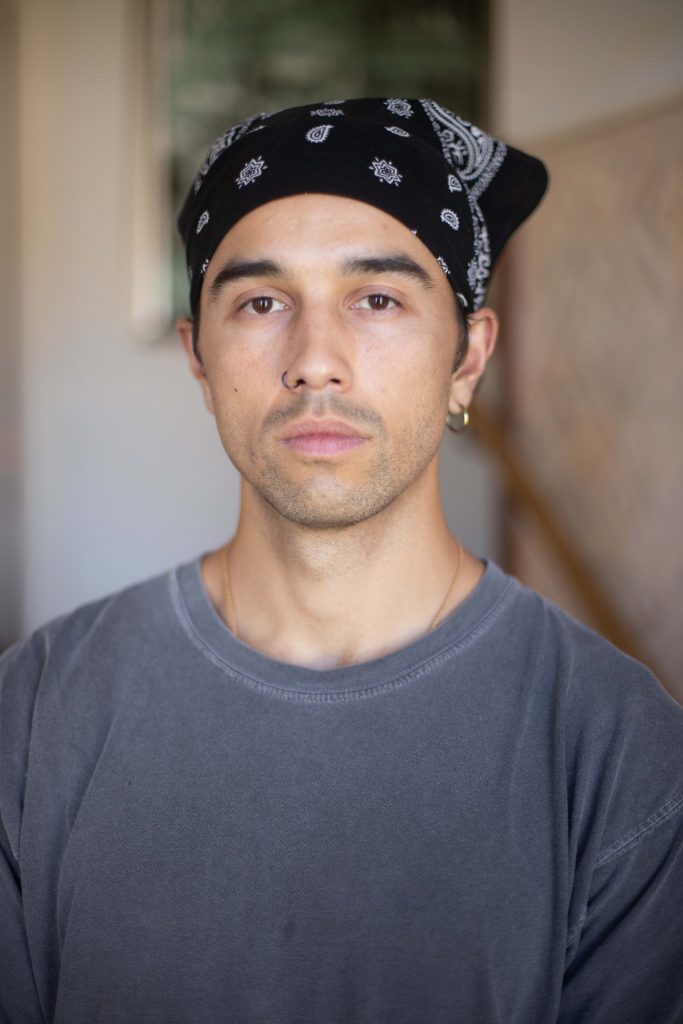 The visual arts and education project PNAP connects artists, scholars and the wider outside world with incarcerated students, primarily at Stateville Penitentiary. Since its inception in 2011, much of the vital work of PNAP staff has been done on a volunteer basis, but thanks to a grant from the Mellon Foundation in 2021, they have hired staff and started a Fellows program for people leaving prison to pursue their To continue education at the Northeastern University of Illinois. Recent projects include the realization of “The 51st (Free) State” at the DePaul Art Museum, which seeks to connect the 2.2 million people “incarcerated across the country through a spatial-political imagination”; citywide murals; and an art criticism group at Hill Prison. Later this year they will open a gallery and community space in Humboldt Park, co-led by Pablo Mendoza, a formerly incarcerated artist. 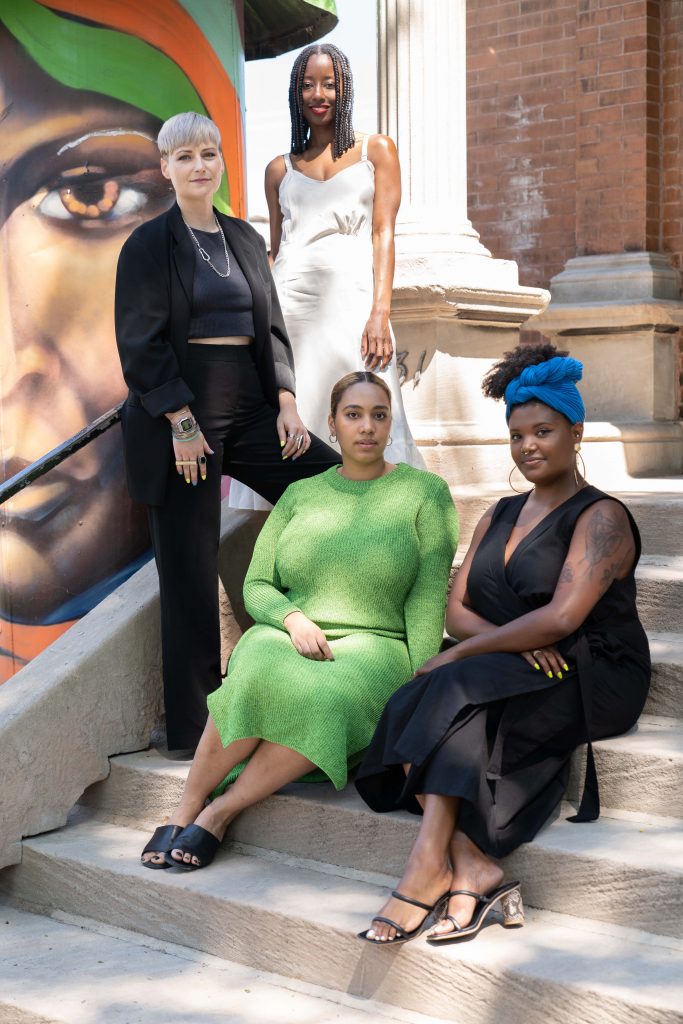 The Chicago Arts Census is a collaborative, data-driven grassroots initiative by and for Chicago-area artists to expand equity, parity and access to material resources throughout Chicago’s arts landscape. Created by the people behind ACRE and Annas, the Census is a call to rethink the definition of art work within public policy. The collection of data from artists through the census will provide the basis for advocacy groups and organizations to generate funding and artist services across the region. ACRE will release census survey results over the next year and make them available to the public through a data visualization tool. 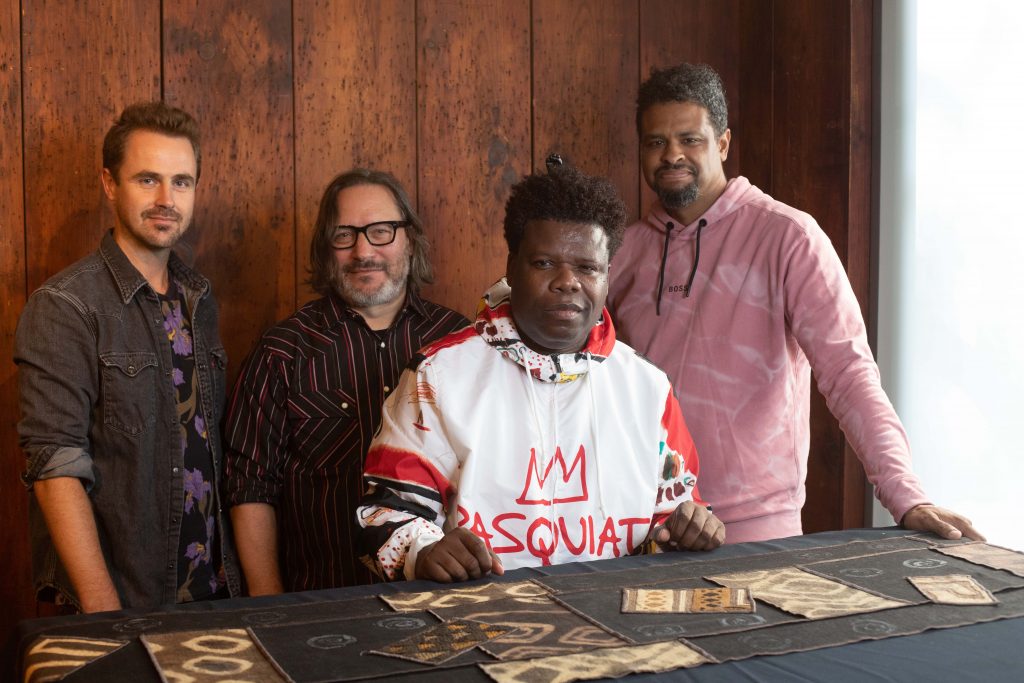 Since 2014, the Floating Museum has enriched Chicago’s cultural landscape with site-specific programs that bring art to the people. Her 2021 project Sustainable Societies for the Future, a two-part exhibition that took place at Malmö Konstmuseum in Sweden and through Chicago via an LED truck, brought participants together to look at art as a catalyst for social change. In 2022, “A Lion for Every Home” opened, engaging the community with works from the institution’s photo collection. In 2023, the collective will unveil a new inflatable monument, The Garden, in collaboration with Kushala Vora, which “focuses on the role of plants as world-makers.” They also purchased a building in Greater Grand Crossing that will include rehearsal, office, studio and living space. 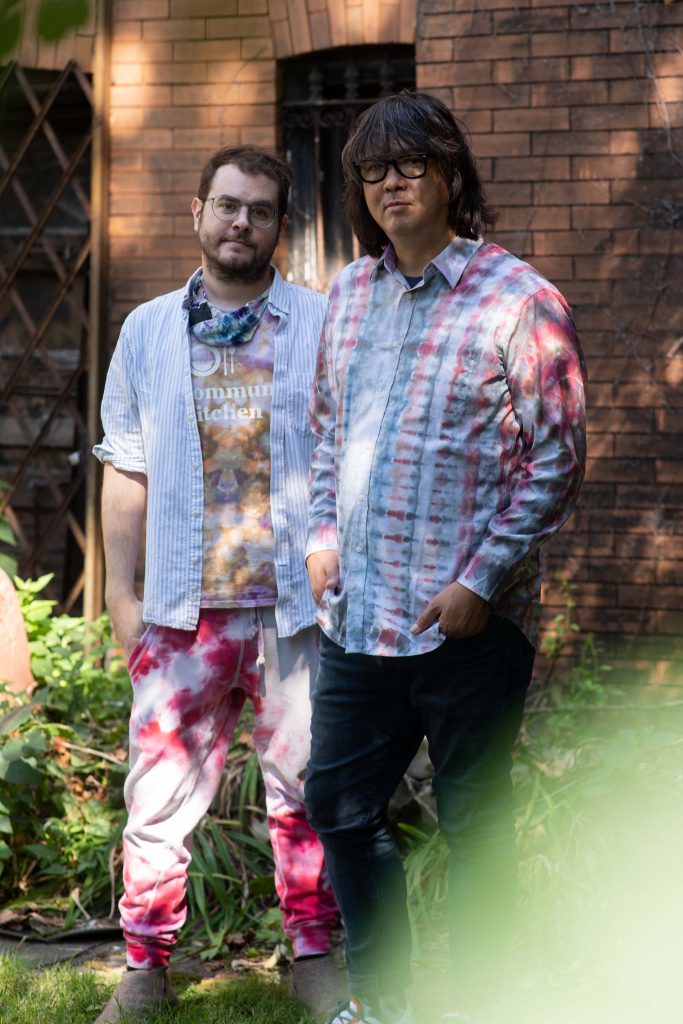 The Public Media Institute is a sprawling ecosystem of community-driven projects, including Buddy, a local artist goods store at the Chicago Cultural Center; longtime showroom Co-Prosperity, now with a second location in Catskill, New York; the alternative publication Lumpen Magazine (published since 1991) and many other initiatives. PMI provided additional community support during the pandemic through The Quarantine Times, which commissioned creative content from local artists in 2020, and Community Kitchen, a food aid project that in its heyday fed 4,000 people each week. September brings the return of MdW, an artist-led art fair that will convene to bring together alternative artist platforms from across the Midwest. 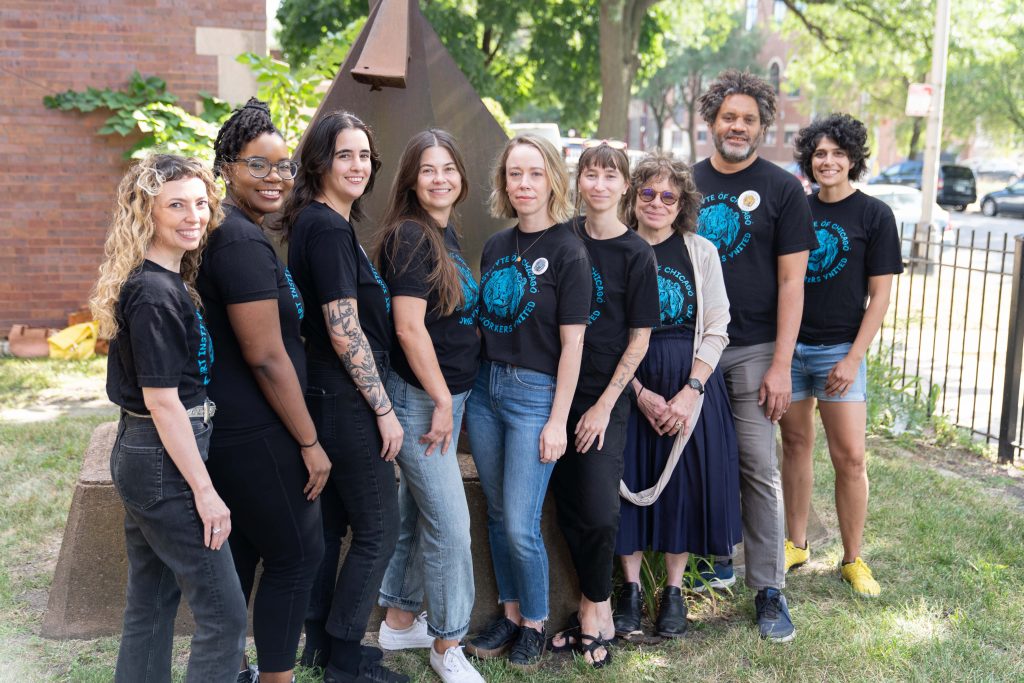 The Art Institute of Chicago Workers United, founded by AFSCME Council 31 earlier this year, sent shockwaves through the global museum world with the success of its campaign to organize one of the country’s premier arts centers, as well as one of its premier art schools. It has since inspired other Chicago artists, most recently citing it as the reason workers at the Newberry Library are starting a union. AICWU presents itself as a model of work organization in which both museum and school workers stand in solidarity with each other, in contrast to the hierarchies that plague both science and art. The vote for SAIC’s non-tenure track faculty to join the union is fast approaching and marks the next potential milestone in the union’s efforts.

These people, or the roles they fill, are so established and fundamental to the Chicago art world that they always top the list.
* New this year